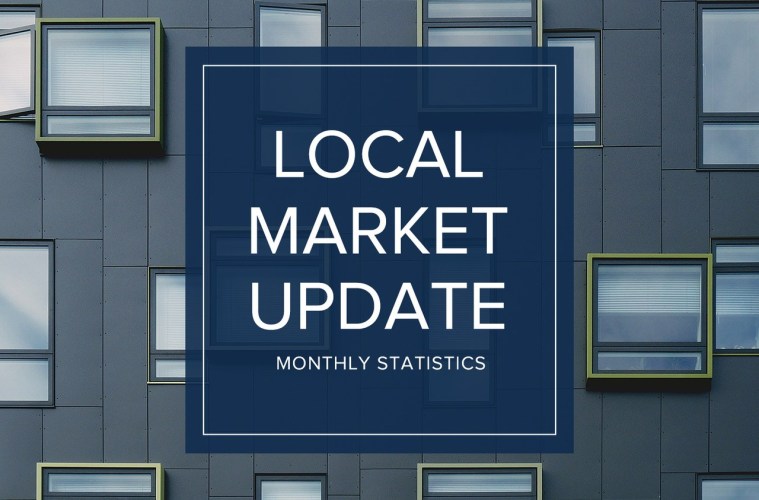 April brought good news for homebuyers. Inventory increased, prices continued to moderate and mortgage rates remained low. While buyers have more choices, there is still less than two months of inventory on the market. Demand is expected to remain strong as we head into the prime spring real estate season. 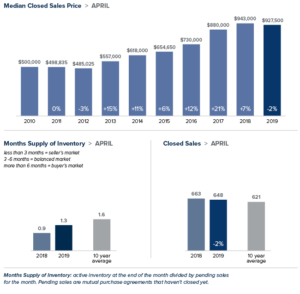 The median price of a single-family home on the Eastside was $927,500 in April, down 2% from the same time last year. The economy here remains robust, particularly in the tech sector. After snapping up substantial real estate in Bellevue earlier this year, Amazon announced in April it would lease two more towers. Buyer demand and scarce inventory are keeping the Eastside market competitive.

With the number of homes for sale in King County up 78% over last year, buyers have more choices and a bit more time to make a decision. However, there is still less than two months of inventory, half the national average. The median price of a single-family home in April was $690,000. That figure was down 5% from the same time last year, but up from the $677,725 median price in March. 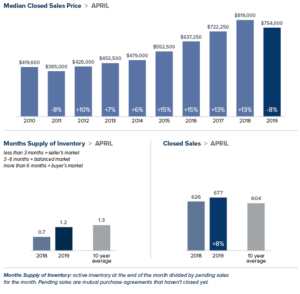 With one of the strongest economies in the nation, demand here remains solid. While the number of homes for sale continued to rise, there is just five weeks of available inventory, far short of the four to six months that is considered balanced. The median price of a single-family home in Seattle hit $754,000 in April, down 8% from a year ago and up slightly from the prior month. 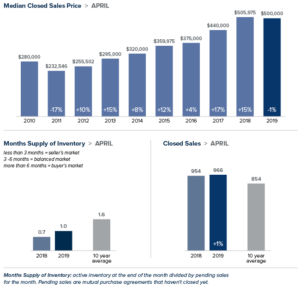 In Snohomish County, the median price of a single-family home fell by 1% from a year ago to $500,000, the same figure posted in March. A 57% increase in inventory combined with low interest rates have created a strong beginning to the spring market.

This post originally appeared on GetTheWReport.com
Related Articles
Homeowner Staying Safe When Selling Your Home Image Source: Canva Staying organized while uprooting your life and moving from one home to another can feel impossible. There’s also the pressure to keep your home clean and tidy for showings to prospective buyers, but your personal safety is an important consideration as well. When selling your home,  there will be strangers entering your […]
Homeowner SEATTLE HOME SELLERS SEE SOME OF THE HIGHEST ROI IN THE NATION As the housing boom continued to roar across the country and home prices soared in 2019, median home sales profits and returns-on-investment (ROI) achieved record highs, according to an annual year-end report from ATTOM Data Solutions. Western states and metropolitan areas, especially those on the coast, continue to reap the highest returns on home sales. […]
The Gardner Report THE GARDNER REPORT – FOURTH QUARTER 2019 The following analysis of the Western Washington real estate market is provided by Windermere Real Estate Chief Economist, Matthew Gardner. We hope that this information may assist you with making better-informed real estate decisions. For further information about the housing market in your area, please don’t hesitate to contact me. ECONOMIC OVERVIEW Employment in Washington […]